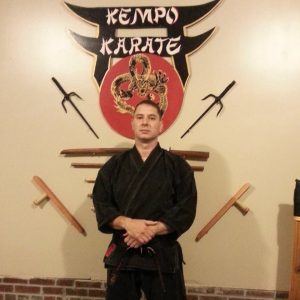 Renshi Matthew Ansari has been training in several different martial arts styles, including judo, since 1993 and began teaching Shorinji Kempo in 2003. He served in the U.S. Army Airborne Infantry for more than 7 years, including two tours in Afghanistan.