Read a message from Kyoshi
You are here: Home / Seiho-ha Iaido 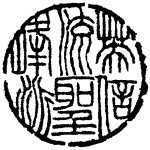 Iaido, roughly translated as “The Harmonious Way of Mental Presence and Immediate Reaction” in Japanese involves the philosophy of perfecting oneself through the study of drawing and cutting of the Japanese sword.

Historically, Iaido brought about alertness and quick reaction in the event of a surprise attack. As the era of the Samurai has passed, Iaido carries on the philosophies and traditions that began more than six centuries ago.